We’ve recently explored Largest Ships in the World 2021 as well as World’s Top 10 Largest Cruise Liners, so now it’s time to have a look at the companies that own these giants. Maritime experts resort to several methods in ship owners ranking from TEU capacity to profit evaluation, but as our readers are primarily interested at jobs at sea, so we’ll focus on the fleet size of our contenders. 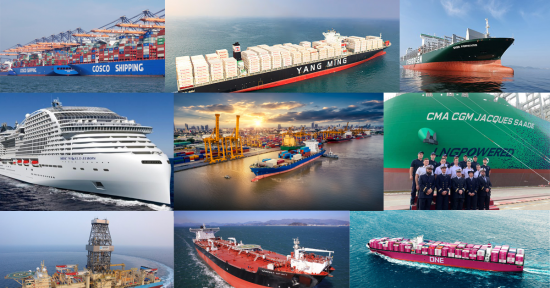 The year 2020 has changed the habitual layout in the top 10 shipping companies; some companies had to sell their vessels in order to stay in black; some postponed deliveries, so the fleet size and capacity are rather volatile for all players.

At present the world ecomony strives to climb from the Covid-19 abyss, so we’ll consider how the major companies made it through the 2020 crisis as today it becomes both a matter of curiosity and prudence. Spoiler: financial results are astonishing.

Maersk have preserved its title of the largest shipowner in the world owning or operating 1 388 vessels. The bulk of the fleet consists of container ships (713 vessels); there are also product tankers, 430 tugs (Svitzer group). In addition, Maersk is one of the oil and gas giants with 43 offshore vessels (mainly AHTS and Supply vessels). The company also owns 14 jack ups, 4 semi-submersibles and 4 drill-ships.

Incredibly, but the second largest shipping company in the world is just 5 years old. It was established in January 2016 by merger of COSCO (abbreviation for China Ocean Shipping (Group) Company) and state-owned China Shipping in their attempt to battle a downturn in the world’s maritime industry.

Today the company owns and operates a fleet of container ships and bulk carriers and is headquartered in Beijing.

MSC is an Italian shipping company headquartered in Geneva. It was founded in 1970 and has grown from a single vessel (M/V Patricia) to a multinational corporation with 587 ships moving 21 million TEU (twenty-foot equivalent units) via 200 routes annually, therefore holding 16% market share (on Sept. the 3rd 2020 according to Statista.com).

The core of the company’s fleet are container ships and cruise liners (MSC Cruises).

Another successful merger in our list is a French company CMA CGM Group. It was established in 1996 through the incorporation of Compagnie Maritime d’Affrètement (CMA) and Compagnie Générale Maritime (CGM). The association of two maritime companies which dates back to the 19th century was conducted by President Jacques Chirac and Prime Minister Alain Juppé.

The company has developed significantly for the past 24 years to become the world’s fourth shipping company.

The first case occurred when two containers filled with “gun sights, tracks and other spare parts for T-54 and T-55 tanks as well as other war material valued at an estimated $750,000″ were seized by South African authorities in November 2009. The invoice stated that containers travelling from North Korea to the Republic of Congo contained spare parts for bulldozers.

A year later, a shipment of 107 mm artillery rockets (Katyushas), explosives and rifle ammunition was interjected in Lagos, Nigeria. 13 containers with arms were loaded on board of CMA CGM Everest in the Iranian port of Bandar Abbas and were labeled as “glass wool and pallets of stone”. The Gaza Strip is believed to be the possible final destination for that shipment. 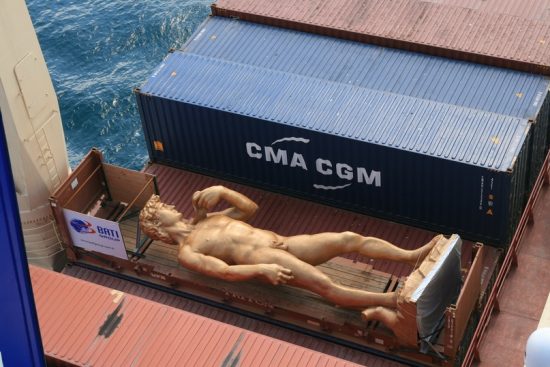 Taiwan headquartered company which began its operations on the 1st of September 1968 with the single vessel called Central Trust. However, Evergreen soon developed from a humble cargo shipping company into the leader of the Far East – the US East Coast Line.

German company Hapag-Lloyd emerged in 1970 through the association of two maritime companies Hamburg-American Line (HAPAG) and North German Lloyd. The history of both dates back to the 19th century. The company has gone through a series of ownership transfers and alliances since then, but remains the 6th shipping line in the world.

ONE is a joint venture between container divisions of three great Japanese shipping companies: Nippon Yusen Kaisha (NYK), Mitsui O.S.K. Lines (MOL) and K Line. It was established in 2016 in an effort to strengthen positions in the Asian market. Nowadays, ONE is the seventh in the line of biggest ship owners in the world and the leader in the Asian reefer container market.

Teekay Corporation will steal a show from container ship owners for a bit. Teekay is the top tanker ship owner in the world with above 140 vessels in their fleet. The company was started by Danish emigrant with a couple of decrepit oil tankers in 1973, but expanded immensely in the 80s trading in the dangerous Persian Gulf waters during the Iran – Iraq war.

Today the company operates not only oil tankers, but LPG/LNG carriers and has ventured into oil and gas production and offshore industry.

Pacific International Line (PIL) StatisticsPIL is a Singapore-based company which was started from just 2 former Dutch ships re-named  ‘Kota Singa’ and ‘Kota Naga’ in 1967. It has developed into one of the world’s leading shipowners operating 95 container ships, bulk carriers and Multipurpose vessels within 50 years.

Yang Ming is one of the leaders on the Asian market. It was founded in 1972, but has historical roots with China Merchants Steam Navigation Company which dates back to the 19th century. Yang Ming is headquartered in Taiwan; has terminals in China, the USA, Belgium and Taiwan operating on all major lines.

The year 2020 is finally over and financial results are eloquent. The rabbit hole the maritime industry seemed to be falling into during spring appeared to be shallow.  The demand is restoring quickly while dry cargo ship owners have been quick to adopt capacities and take advantage of bunkering prices.

Therefore, the shipping industry has once again demonstrated its resistance to any unprecedented crisis and we can reasonably hope that jobs at sea will be available as usual.