If you are thinking about a career at sea and choose to study its advantages and deficiencies you will discover quickly enough that high earnings are not guaranteed to all maritime professionals. You can improve your earnings by developing your marine career, but some seamen face insurmountable discriminative issues one can do little about.

Today Google suggests tons of articles illustrating gender salary gaps in shipping; it is a hot topic at present; but we were wondering if the maritime industry have conquered a pay discrimination on the nationality ground to tackle another social problem so confidently?

As it turns out it has not. There are still some yawing pay gaps between seafarers from different countries. The key tendencies are as follows:

This is a scope, but let us be methodic and look closely at figures, the more so because it looks like the situation in the shipping industry might change in the nearest future. 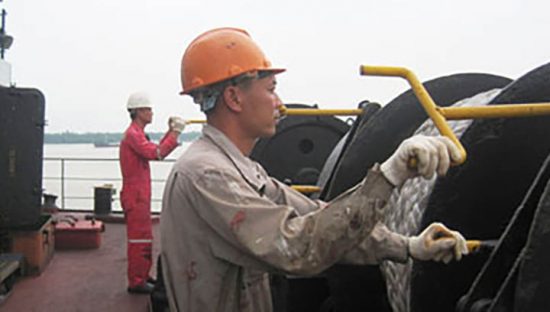 The maritime industry isn’t uniquely prone to ethnicity pay gaps issue.  In 2017 the Institute for Social and Economic Research, University of Essex, has unfolded a wide-scale research devoted to this topic in the UK. It has found that if born outside the UK, a man had no chance of equal earnings to White British men. The situation was particularly harsh for Pakistani and Bangladeshi.  “Male Bangladeshi immigrants experienced the largest pay gap of 48%, meaning they earned around half what White British men earned.” The interesting fact is that these nationalities are the least paid in the maritime community as well.

However, let’s come back to the shipping industry statistics. According to ICS (International Chamber of Shipping), there are 5 main crewing countries (supplying both officers and ratings):

Therefore, seafarers’ community consists predominantly of these five nationalities, but despite being in majority they don’t lay down the rule. Look closer and you’ll discover other nationalities occupying more authoritative i.e. lucrative positions.

The common practice for EU or US ship owners is:

The salary scale for each vessel is defined by CBA (Collective Bargaining Agreement), but not all ship-owners (charitably speaking) adhere to it. We’ve compiled these indicative salary charts for your convenience with the help of Seaman Memories web portal: 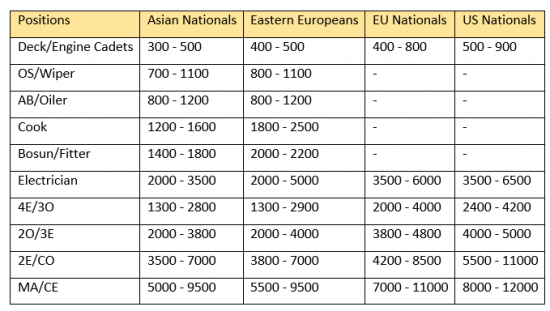 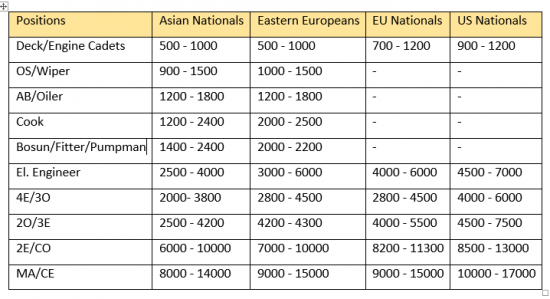 Figures are quite eloquent, but there are several conclusions that should be pointed put as well:

The history demonstrates that the UK legislation activity usually turns out to be a precedent for other countries; and practices first adopted in the United Kingdom then spread other the world. Let us hope that the maritime community picks up the British initiative over equal wage rates, so we finally see the end of salary gaps in the maritime industry and become truly international.